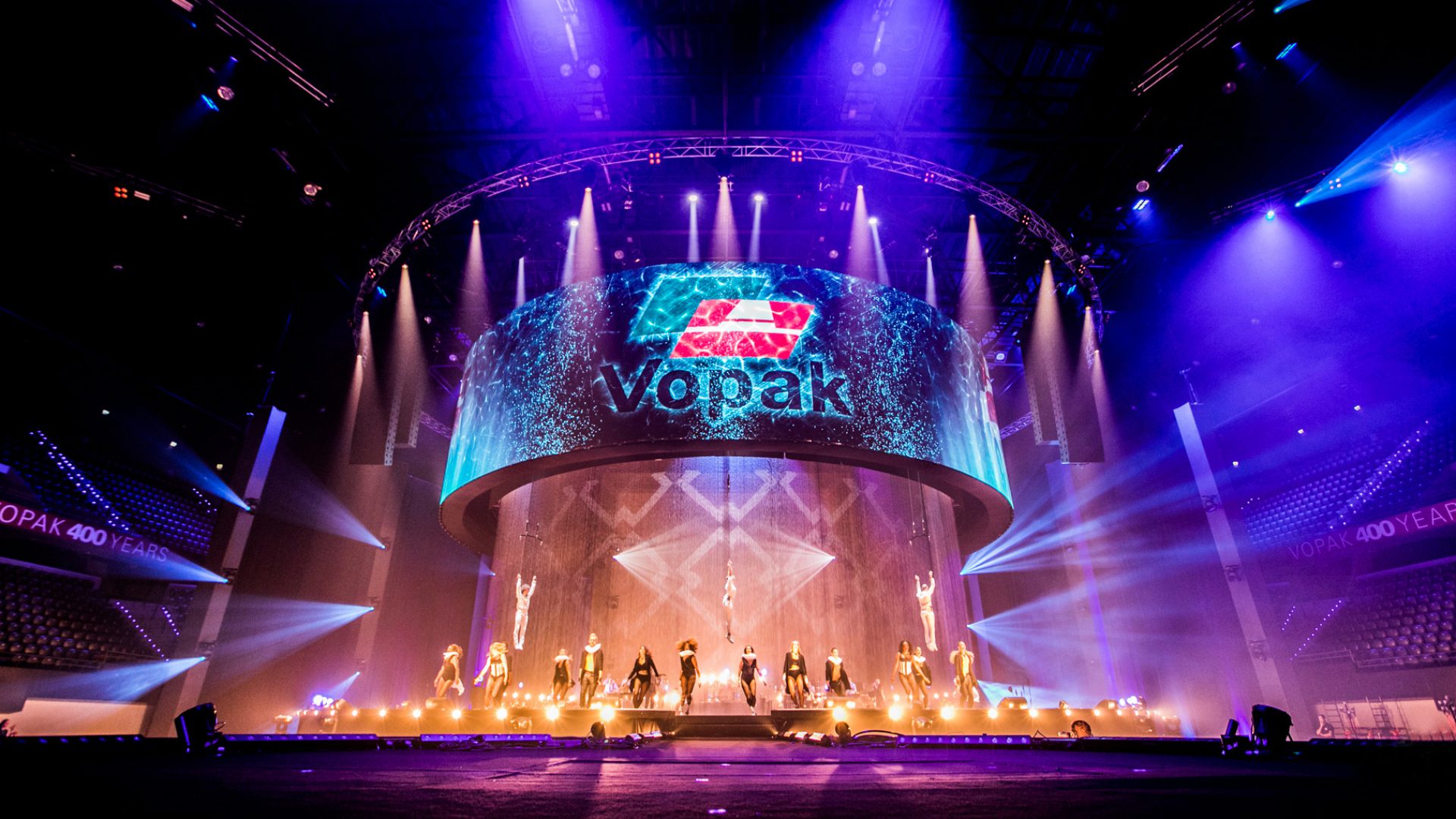 In 2016, VOPAK celebrated its 400th anniversary with a major event in Rotterdam Ahoy. Our client Co Solo had a number of fixed elements that had to be a part of the concept. These included a large oil storage facility, a water screen and a ship from the time of the company’s origins. All these elements were integrated into an impressive design, in which video, water, light and decor complemented each other in order to create a spectacular opening show and party setting at night.

Swipe / Scroll to view more
Back