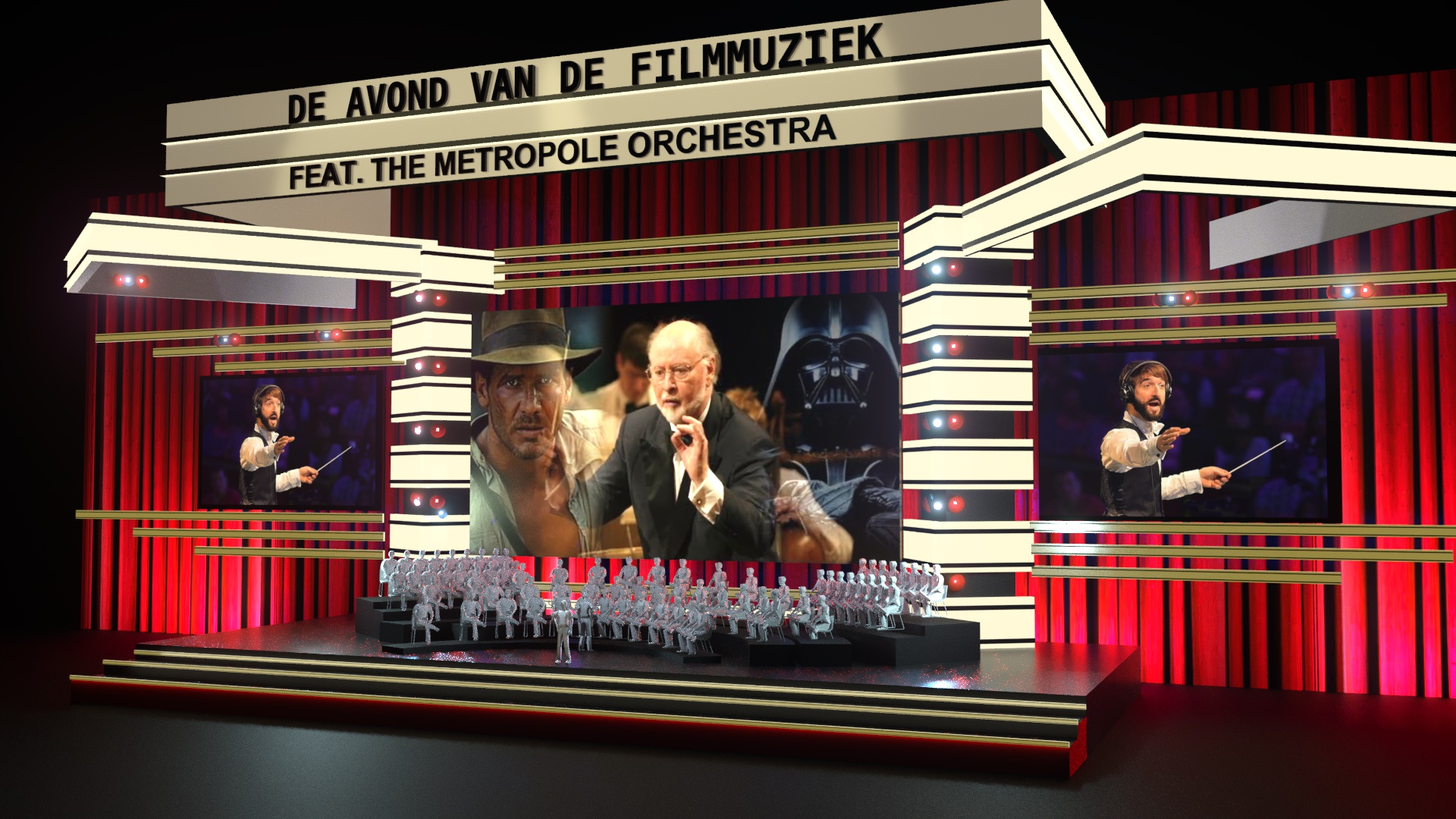 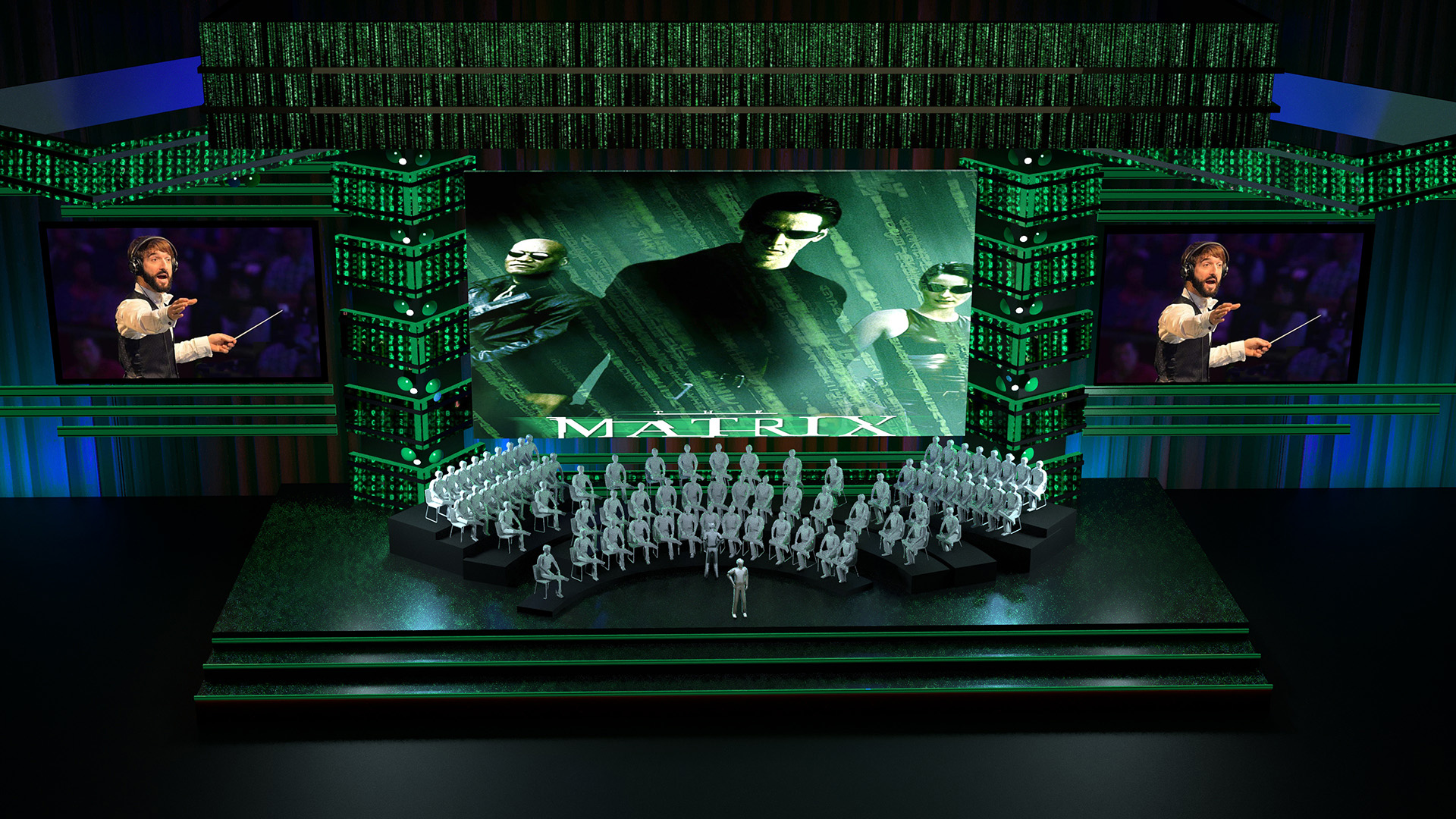 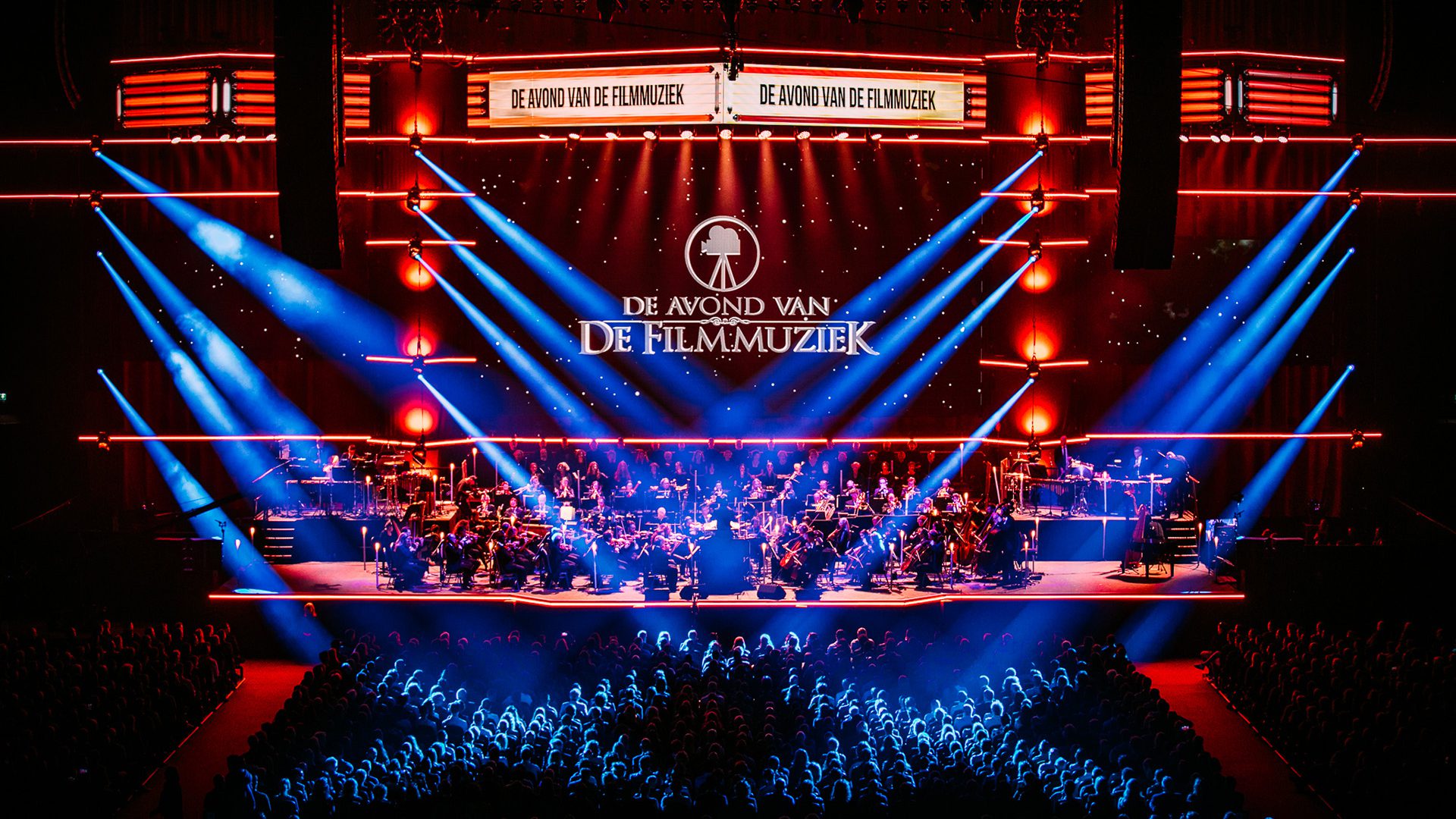 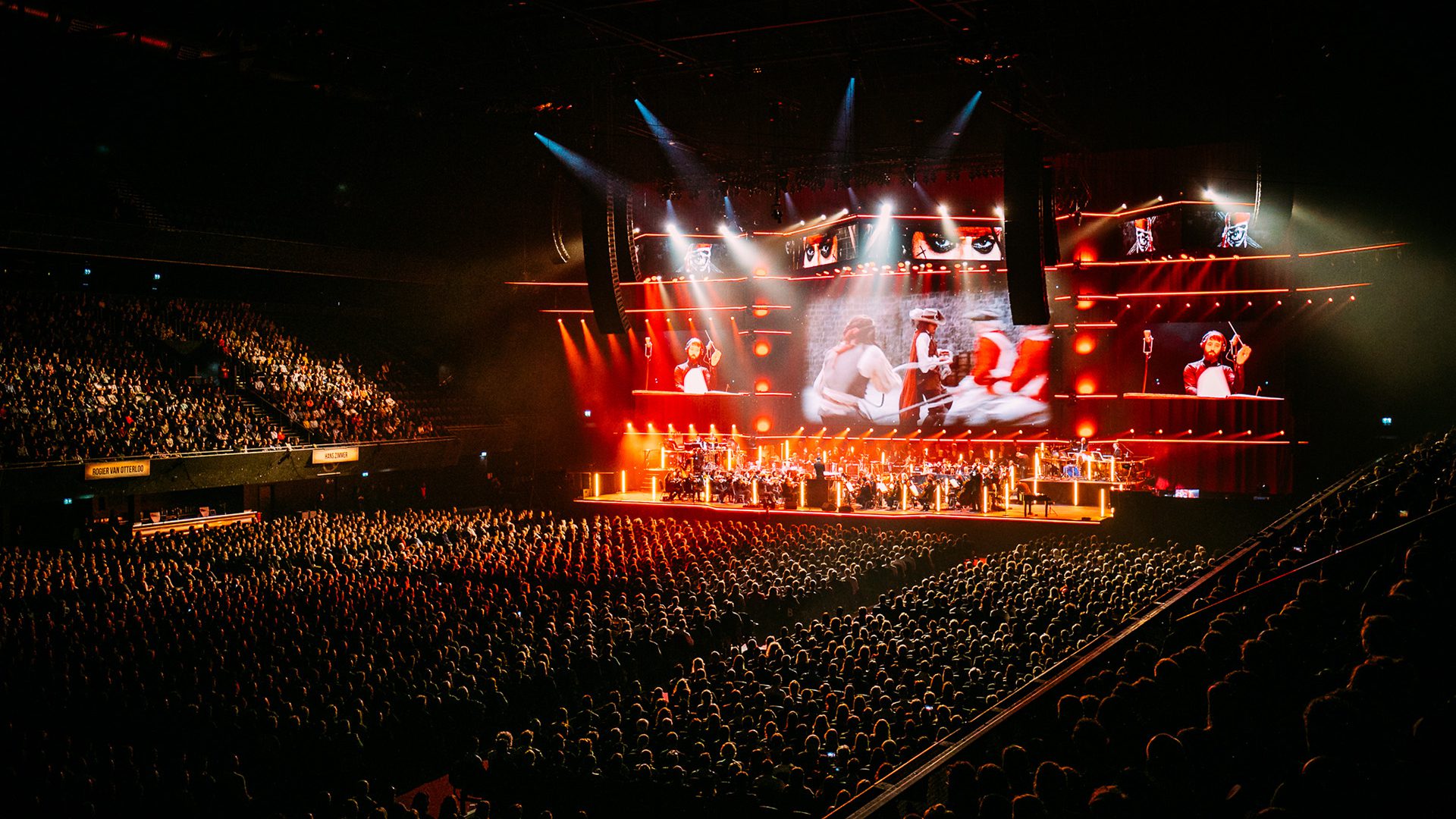 The Evening of Film Music (Avond van de Filmmuziek) celebrated its 5th edition by moving from the Concertgebouw Amsterdam to the Ziggo Dome. Where the environment in the Concertgebouw already created a decor, you have to deal with a “black box” in the Ziggo Dome. Because film images were a central part of the evening, a large center screen was used. By adding a broad frame, the set could be adapted entirely to the atmospheres that matched each different film, so that the setting felt different every time. The evening was registered for television, which the set designer has taken into account throughout the entire design. In the same set, a large concert by Trijntje Oosterhuis celebrating her 25th anniversary took place the following evening. By working with very different content, the identical set got a completely different look.

Swipe / Scroll to view more
Back